Not quite hot off the press but we would still like to share this update from the St Catherine’s Hospice Dragon Boat  Festival which took place earlier this month at Tilgate Park, Crawley, a much-loved green space local to London Cool’s Head office on Manor Royal. 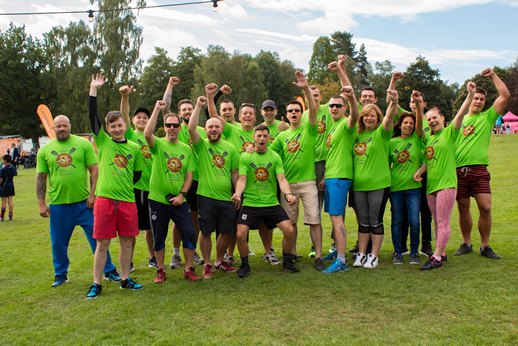 When one of London Cool’s long-standing customers, Forza Doors, asked for our support for their entry into the Dragon Boat Race, MD Paul Berry had no hesitation in offering them some sponsorship as London Cool has supported  St Catherine’s Hospice direct in the past.

Crews of between 13 and 20 would-be sailors have to raise a minimum amount before they can enter the race and Forza Doors exceeded their target by raising £4,500  to date, a massive 149% of the target they had set, and expect to raise over £5,000 once all donations are received.

Forza Doors reported that the day went ‘really well’, with perfect weather and a huge turnout of people to watch, all of which helped to swell the funds raised for St Catherine's. 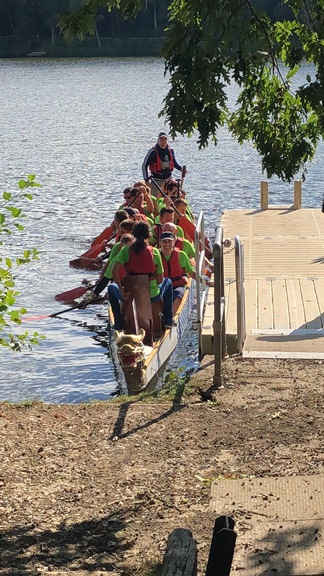 Team Forza had a good event and enjoyed the day and although they posted a better time than last year - 59.33 - seconds, it wasn't enough to reach the final.  Unfortunately, they missed out by one place  by just half a second.  Clearly other teams had also improved their performance,, with 11 teams posting sub-one  minute times. Contrast that with last year where none of the  teams completed the course in under one minute.

Although Team Forza didn't get to the final they were delighted with the amount of money they raised for their chosen charity and St Catherine’s also raised a considerable amount of money on the day.  The beautiful sunny weather meant many more people came to watch the event compared to the previous year when it was drizzly and rainy most of the day.

Colin Bicknell, Operations Manager at Forza Doors said ‘We really appreciate the support from London Cool and our other sponsors. Please thank all at London Cool for their kind support of Team Forza and St Catherine's Hospice.  We'll be back faster than ever next year!’

The St Catherine’s Hospice Dragon Boat Festival is their ‘flagship corporate team-building event’ and 2018 was its sixteenth year.  This year’s event has raised almost £48,000 so far and in the first 15 years since it began an incredible £680,000 has been raised.   There is still an opportunity support this local Hospice through their Just Giving page.